The Boxer is one of the most loved breeds in the US and has consistently ranked among the top 10 ever since its introduction. Did you know that the unassuming Boxer has got the record for the longest tongue among canines? Find out more about the lovable breed here.

The History of the Boxer

The Boxer is a prestigious mix of two extinct European breeds, the Danziger Bullenbeiser and the Brabenter Bullenbeiser. Bullenbeiser stands for “bull biter,” which was a popular sport back in the old days. The most favored characteristics than were powerful jaws and recessed noses packed in a robust and agile body. 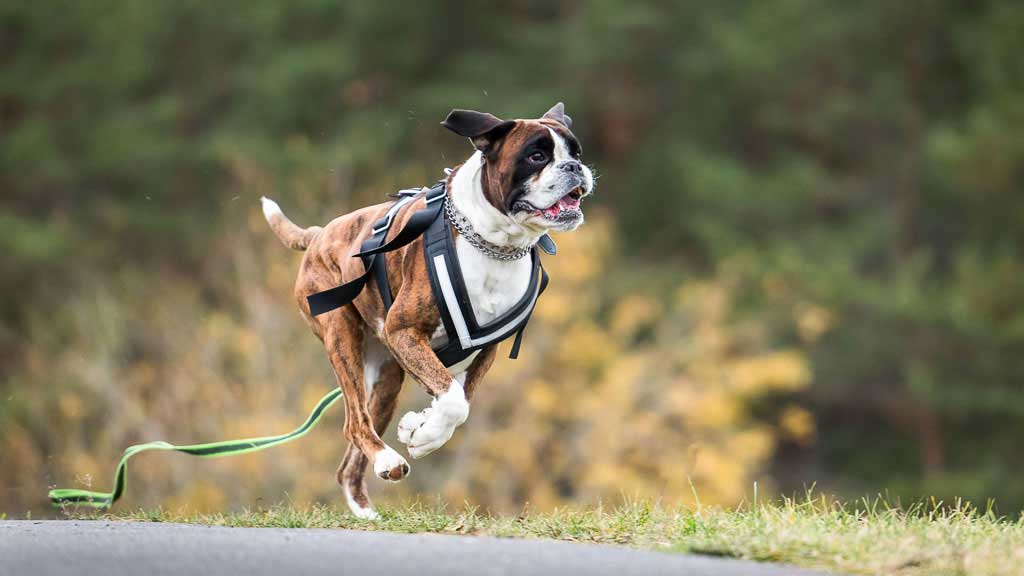 The first Boxer was created sometime in the 19th century. The word “Boxer” came from German origins- the German word “Boxl” stood for terms used in slaughterhouses. The Boxer before were primarily used as capable police and military dogs in Germany. In more peaceful times, the Boxer showed itself capable of being a utility dog, then a show dog and finally, a pet dog by the 1900s. In 1904, the Boxer was officially recognized by the AKC.

The Boxer’s Appearance and Physical Characteristics 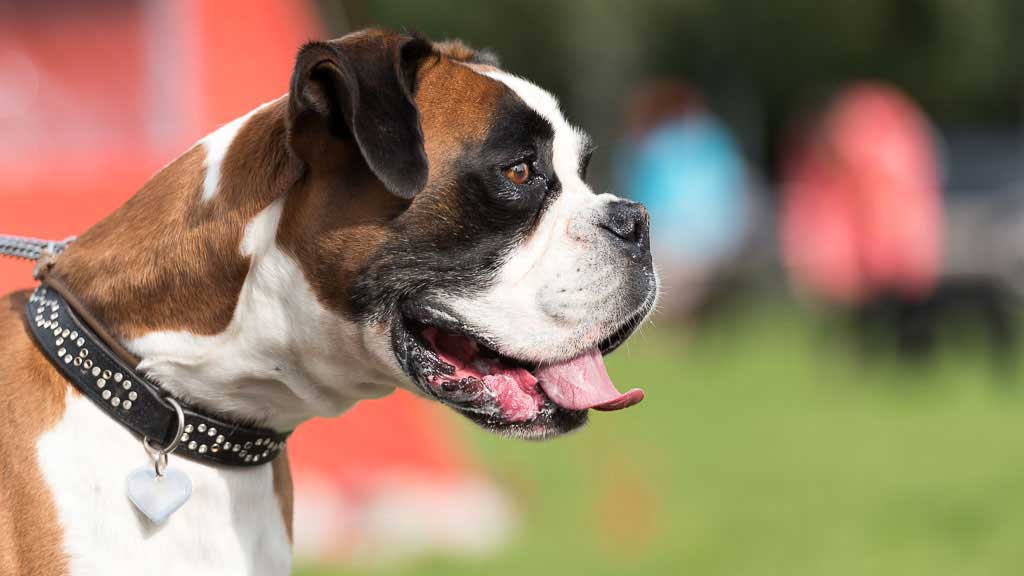 The Boxer’s Temperament and Personality

Contrary to their seemingly serious countenance, the Boxer is quite playful and upbeat most of the time. Most Boxers won’t be fully mature until they reach three years of age. They are great sentinels and are excellent protectors of children because of their inherent pedigree of standing as guardians and watchdogs. The Boxer takes its job seriously and is very courageous against both perceived and real threats. At first, the Boxer is suspicious of strangers that come inside the house, but they become friendly after a while. Like most other dogs, this breed can interact with people and other pets well if introduced at an early age. Good looks, decent work ethic, intelligent, affectionate and loyal; the Boxer is the complete doggy package. 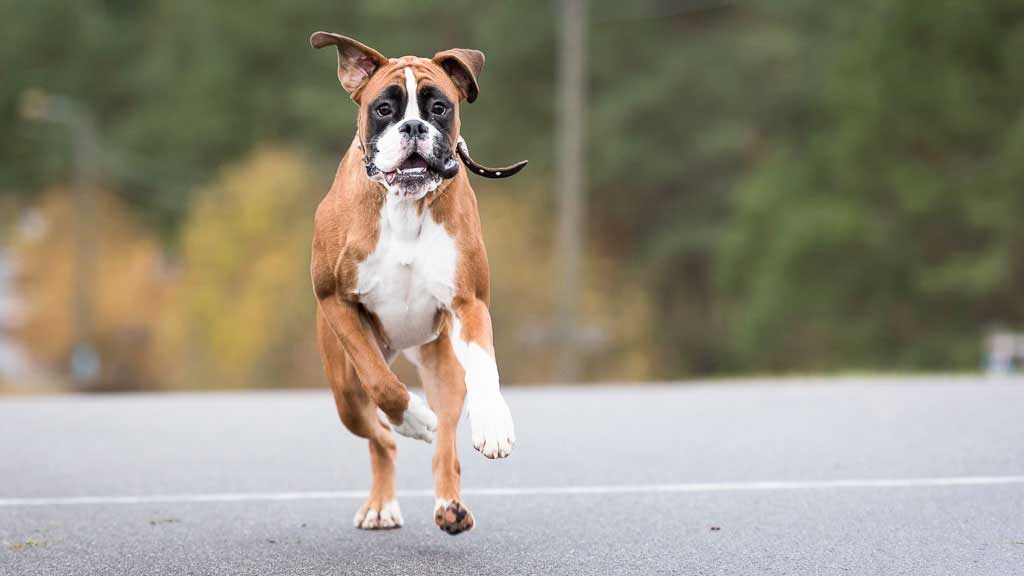 How To Care for the Boxer

You’ll need to prepare several suitable food formulas as your Boxer moves on in various life stages. Feeding your dog could vary depending on several factors, but it’s best to consult with your veterinarian to get the best results. Having clean, fresh water is a must-have all the time.

The Boxer is an active pet and will need regular, if not daily exercise. You must meet their energy and set aside enough time to allow them to play and walk outside as necessary.

Purchase a soft bristle brush to take care of the Boxer’s short coat. Make sure to provide a good bath now and then, or when your Boxer has had a good outdoor romp. The ears, teeth, and nails should be regularly checked.

Some Precautions and Tips

Potential Boxer owners should take precautions not to purchase one from a puppy mill or an irresponsible breeder. Before buying, check or ask the breeder if he or she has done the tests for any genetic defect or any disease they could pass on to their Boxer puppies.

Boxer dogs aren’t strictly outdoor dogs. The maintenance and treatment should be that of an indoor dog. Like most canines, they don’t fare too well under extreme weather conditions such as freezing or scorching temperatures. Also, some Boxers are prone to snoring, while others drool often. 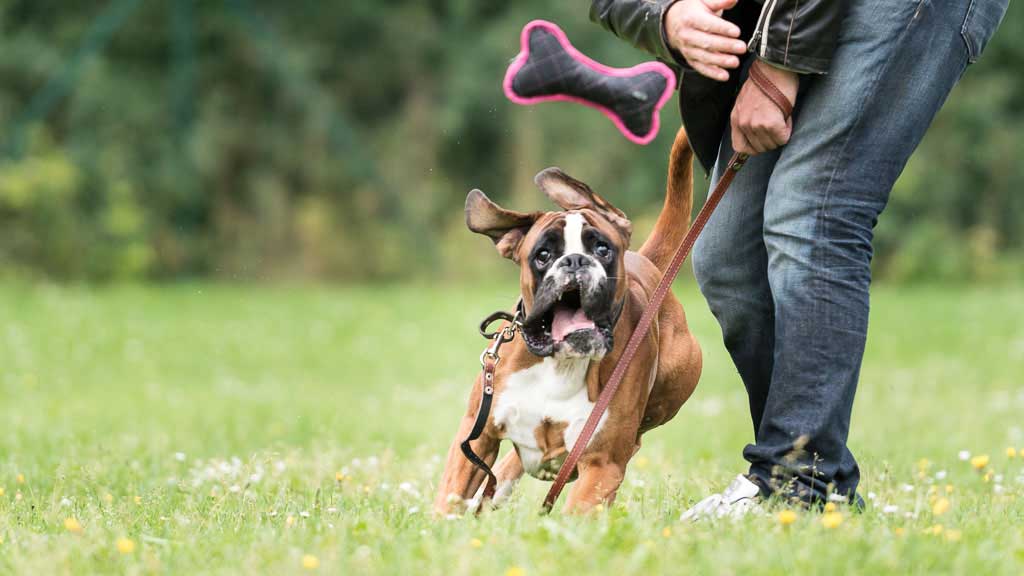 Training your pet Boxer early on is critical. Don’t wait until your canine companion gets too big or too stubborn. Boxers work best under fun, yet firm training. They are intelligent and can hold up on most training sessions. This breed is also predominantly independent. They don’t mind orders now and then, but won’t like it when you give too many commands. Make it fun, and your Boxer will respond well.

Watch out for the following health concerns when taking home a Boxer: 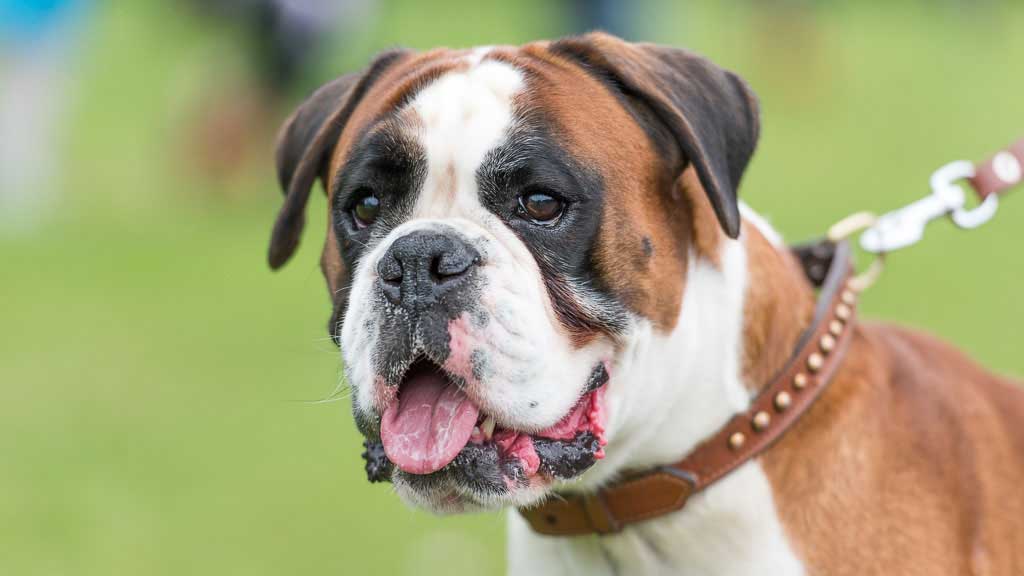 All things considered, the Boxer is generally a healthy dog. It’s a medium-sized breed that can bring joy to your life for a good 10 to 12 years.

Most Popular Dog Breeds in 2016 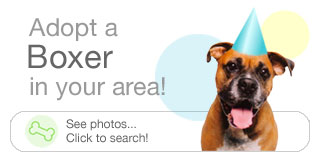